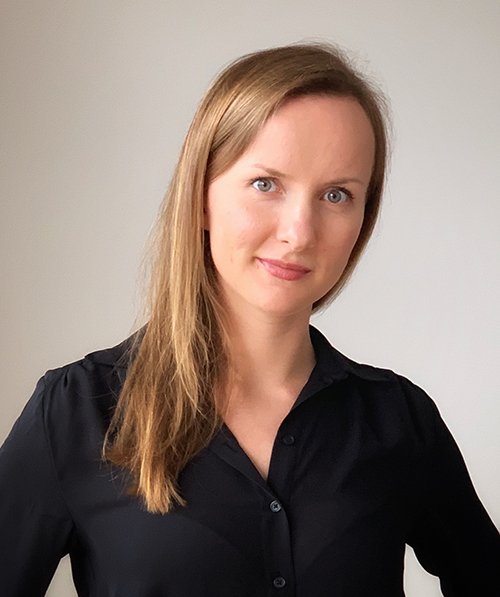 No therapist can turn back the clock and prevent heartbreaking, horrifying events from taking place. However, what can be dealt with are the imprints of the trauma on the body, mind and soul.

Ilona can help you experience how little moments of safety, care and heartfelt connection in the present time can build warm and nourishing memories side by side with the memories of abandonment and abuse.

Ilona understands that no single approach is the right one for every individual and therefore applies a range of modalities that are dependent upon her client needs. Her areas of focus include: Eye Movement Desensitization and Reprocessing (EMDR) Therapy, Ego State Therapy, Sensorimotor Psychotherapy and Somatic Experiencing.

Ilona provides individual psychotherapy for adults within her home office in St Ives and works with a variety of complaints, because she understands that the root cause of one’s everyday struggles more often than not lies within one’s history.

Ilona assists clients to work through a number of troubling issues including:

It is obvious that when you are seeking a counsellor, you want to work with someone who you can trust. You want to feel safe and you want to know that he or she has the necessary experience to not only understand your difficulties, but that they also have the knowledge to help.

Ilona has worked as a Therapist for over 10 years now. She proudly completed her Master’s Degree in Psychology in Warsaw, with a special interest in trauma and adult attachment. During that time, Ilona participated in many internships and volunteered at a number of Psychology clinics and private practices where she was able to learn, grow and shape her unique skillset. From working with youth, adults, seniors, different ethnicities and sexualities, she has come to realize that trauma typically lies at the root of most of the problems people face within their lives. Ilona recognises the effects that trauma can have on an individual when it has not been properly addressed and, as a result, has dedicated her practice to helping those who have faced, or are currently facing, difficult times and situations.

After completing her degree in 2014, Ilona worked with individuals, groups, families and children in the area of trauma in a variety of counselling settings including outpatient clinics, psychiatric hospitals and special education schools. She has been practicing as a trauma specialist for many years now and is regularly shocked by unhelpful therapy methods that many of her clients have previously endured.

Ilona is no a stranger to trauma herself. It has also taken its toll on her life. At the age of 8, she was hit by truck, resulting in prolonged hospitalization due to injuries and severe concussion. As a result, she suffered terrible migraine headaches for years following the accident, as well as fear and anxiety towards large vehicles and crossing the road. Today, it’s clear to Ilona that those nonspecific pains were actually symptomatic of her unprocessed horror surrounding that event.

Then in her early 20’s, she fell from a roof whilst helping her parents on their farm. With both arms and her spine badly injured, she was helicoptered to a military hospital that specialized in orthopaedics and traumatology. Weeks of hospitalization and a few surgeries later, Ilona could walk again and was ready to start long and painful journey of rehabilitation. Since this accident, physical pain is a constant in Ilona’s life. As a result, she has also come to realise just how important it is to live your life to the fullest potential and has since felt even more motivated to help other people work through their trauma.

Throughout her time in a military hospital, Ilona gained valuable insights towards the long-term effects of trauma and Post-Traumatic Stress Disorder, more commonly known as PTSD. The stories she heard from other patients whilst in the hospital accelerated her deep desire to understand trauma and, more importantly, taught her how to free herself and other people from its impact.

During the rehabilitation following her accident, Ilona encountered EMDR therapy for the first time and was shocked by how powerful its effects and results were. She decided that she wanted to learn more about this approach, as she found it helpful not only to deal with her fear of heights that arouse after this accident, but also her fear of trucks and crossing the road. For Ilona, EMDR has proven to be the missing link towards helping people to live a future that is different from their past.

Poland belongs to the part of Europe called the “Blood Lands”; the area where the regimes of Hitler and Stalin, despite their conflicting goals, interacted to give rise to suffering and bloodshed many times more severe than any witnessed in Western history. One aspect was the scale of human loss, in which Poland lost about 17% of its pre-war population during WWII – the highest percentage among all countries involved.

As a result of growing up in Poland and observing her Mum, Dad and Grandparents and listening to stories about her Great Grandparents, it became very clear to Ilona that there was a world of difference between those people that survived and those that made the decision to truly live again once the oppression and brutality was removed. As such, Ilona made it her mission to figure out what had actually led to this difference.

Ilona’s traumatic background and experiences set her passion for empowering people. She wants you to live a future that is very different from your past and is committed to helping you achieve this respectfully, compassionately and safely. She is honoured to walk with you on your own journey to healing and helping you claim your right to a well lived life.

Please feel free to get in touch at your convenience and I will be sure to respond to you as soon as I can. Alternatively, please make a booking online to get started on your journey to healing.

Are you suffering from PTSD?

Have you experienced a traumatic and/or stressful event?

Find out if your symptoms mean you might be dealing with post-traumatic stress disorder.